Through an Intern's Eye: October 20th

This Sunday we hosted Heartland at Fidelis. It was a relatively small group of three riders which gave us more time for the kids to ride in the ring. All 3 riders had been to Fidelis before so they knew what they had to do to get the horses ready to ride. After grooming and tacking up we all went in to the arena to ride for about an hour. It started out with the normal mounting and riding around the arena getting use to each horse and learning the regular commands. 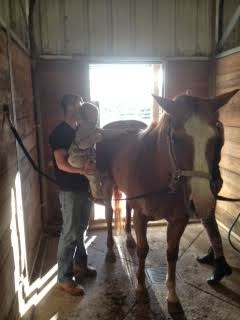 I personally worked from the start with a four year old named Liam. Liam had absolutely no fear getting involved with the horses. He helped us groom and tack up Yokum and then we were the first ones out into the arena. We got him up on Yokum and his feet just barely reached the stirrups. Liam after about 20 minutes knew exactly what to do, he was able to make Yokum stop and go by himself.
It was great seeing this young rider be able to show that he could control Yokum and that he could get the results he wanted from him. At the beginning he was on the quieter side, by the end he knew that if he spoke loud and clearly he could get his desired results from Yokum. When I asked him how he felt to control an animal 33 times his size, he replied, "Awesome!" Yokum, responded so well to this tiny equestrian, it is clear to see why he is a barn favorite! 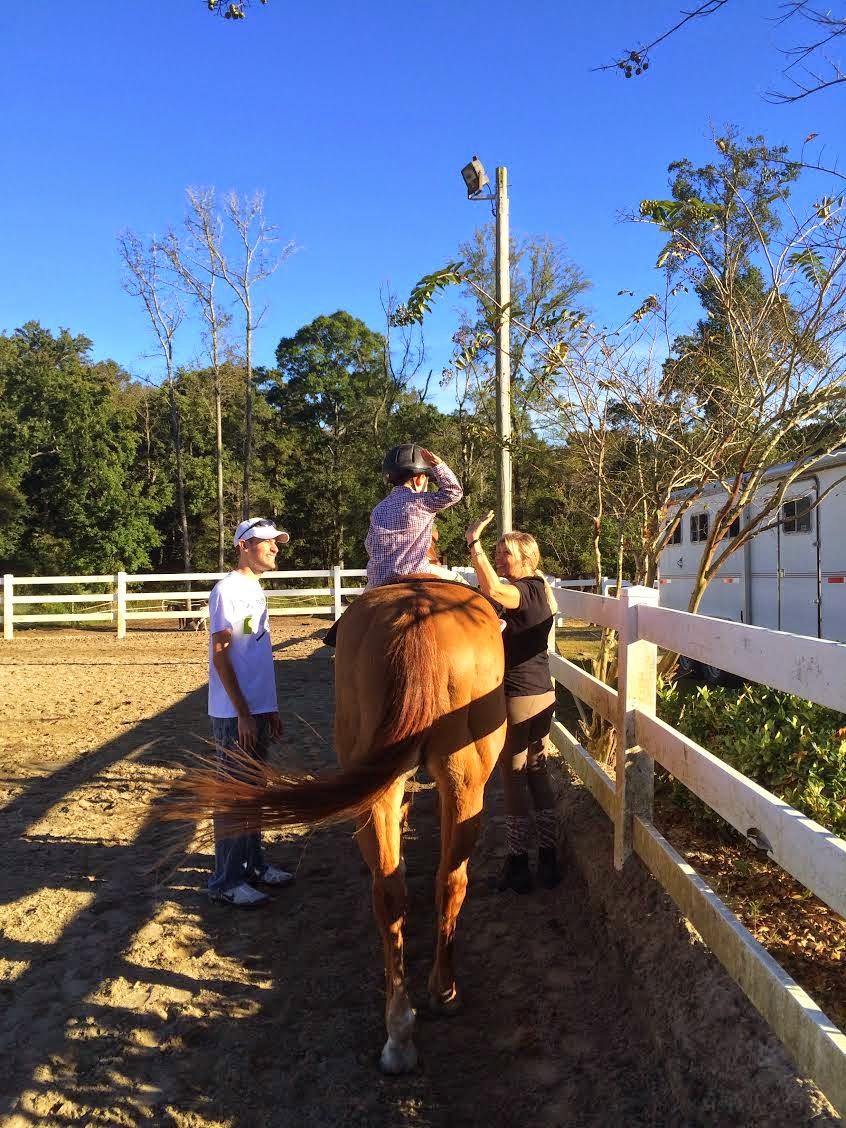 While I did not work hands on with the other two riders they looked like they were having a blast! They were older then Liam and could nudge the horses along when they wanted to go. I watched them while I was waiting in line to do the obstacle course that Ms. Joy had set up in the arena and they did great. They were able to tell their horse where they needed to be and when to stop, when to turn and when to walk on.
This was my first time working with Heartland Hospice and even though we did not have that many riders I think the event went great! Everyone was able to work hands on with the riders and really form a connection. It was also a great opportunity for our two new volunteers who came to be able to watch what we do at Fidelis. Posted by Fidelis Foundation at 11:25 AM